The impact of fluoride in drinking water 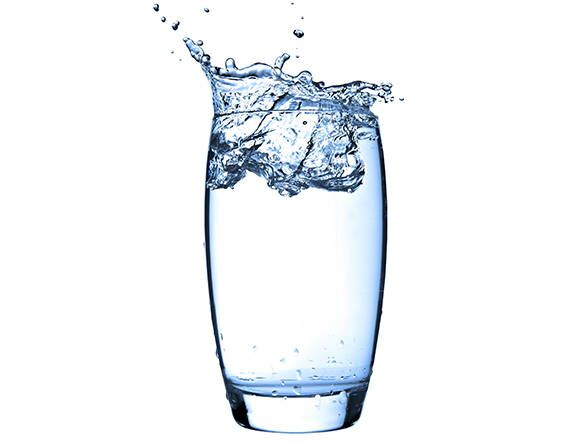 Fluoride is a mineral that is naturally found in plants, soil, air, rocks, and even water. Since it constitutes 0.08% of the Earth’s crust, it is considered the world’s 13th most abundant element. It also has the highest electronegativity out of all the other elements. In addition, fluoride is used industrially to aid in the manufacture of pesticides, refrigerants, ceramics, aerosol propellants, Teflon cookware, and glassware.

Moreover, fluoride is known as one of the most useful elements for dental health. It helps strengthen the outer layer of our teeth—also called the enamel. Fluoride essentially helps prevent cavities from forming, which is why it is the most common ingredient for dental health care equipment like toothpaste, supplements, and mouth rinses.

What some people might not know is that even though it is already found in water, some countries still add small amounts of fluoride to their public water supplies in a process called water fluoridation.

What is water fluoridation?

Water fluoridation is a common process that a lot of countries have engaged in. This process involves the integration of fluoride—0.7 parts per million (ppm)—into the public water system. The said ppm is also widely considered as the maximum amount of fluoride allowed as of 2015. However, just because it’s common does not stop it from being controversial and highly debated. Sure, this policy is based on the knowledge that fluoride is helpful in the improvement and maintenance of dental health.

However, on the other hand, many people theorize that water fluoridation doesn’t only provide us with positive effects, but also the opposite based on the results of their studies. Some of the negative effects of fluoride include the potential to cause major physical health problems through hazardous fluoride ingestion, as well as the unethical discharge of fluoride compounds into the environment.

The benefits of water fluoridation

The benefits of water fluoridation are countless, especially when it comes to dental health. Aside from the fact that it rebuilds weakened tooth enamel in a process called remineralization, it also reverses the early signs of cavities and tooth decay. This is because it helps prevent the growth of harmful bacteria in the mouth. Such bacteria produce acids that break down the enamel from the teeth, thereby causing cavities and tooth decay.

These assertions are naturally supported by evidence. In fact, according to the CDCP (Center for Disease Control and Prevention), in the US alone, there has been a significant drop in dental health problems following the advent of water fluoridation. The average number of missing or decaying teeth in 12-year-old children has dropped by 68 percent from the late 1960s through the early 1990s because of water fluoridation, as well as the addition of fluoride to toothpaste and other dental products.

The negative effects of water fluoridation

Too much of something good is always harmful. Thus, fluoride, while beneficial to dental health, is also a potential detriment to health in general. Essentially, when consumed in large doses, fluoride may cause side effects, such as what follows.

Dental fluorosis is what happens when children consume too much fluoride while their teeth are still forming under their gums. This causes white spots to appear on the surface of their teeth. Fortunately, other than the appearance of white spots, dental fluorosis doesn’t cause any other symptoms or further harm.

As it affects only people with developing teeth, it tends to include children under the age of eight as the victim. One possible cause of this is that children are also more likely to swallow toothpaste, which is well known to contain more fluoride than fluoridated water.

That said, you can reduce the risk of developing dental fluorosis by supervising your children when they brush their teeth. All you need to do is to make sure they don’t swallow large amounts of toothpaste—an easier said than done feat.

The onset of skeletal fluorosis causes joint pain and stiffness in the bones, which while painful, doesn’t seem so bad. However, when left untreated, it can alter bone structure as well as cause the calcification of ligaments.

Skeletal fluorosis is the result of long-term exposure to high levels of fluoride in drinking water. This excess could come from accidental contamination from fires or explosions. Large parts of Asia and Africa have large geologic deposits of fluoride, which can also contaminate public water supplies. It may also be because of the habitual swallowing of toothpaste.

Despite having no conclusive evidence, many people still believe that exposure to fluoride causes low IQ scores in children, arthritis, kidney disease, and even bone cancer.

If you are concerned about the negative effects of water fluoridation, you can always find an alternative source of drinking water. If you want, you can drink bottled water instead of tap. You may also choose to use a fluoride filter for your tap water, and a fluoride-free toothpaste as well while you’re at it.

The CDCP also has a tool you can use to check whether or not your local water supply is fluoridated since not all cities approve of the process. With this tool, you also get to see how much fluoride they add.

Fluoride is a widely used ingredient in various dental products. It helps strengthen tooth enamel, thereby preventing cavities. It is also a natural mineral that is added to the local water supply by some cities and countries to aid in the maintenance of the dental health of the general population.

The amount added to the public drinking water is considered to be relatively safe. However, overexposure to high levels of fluoride may cause several health issues.

If you want to know more about your fluoride intake, ask your local government about water fluoridation. You may also choose fluoride-free dental products, especially if you have kids.