Did you know these toothbrush facts 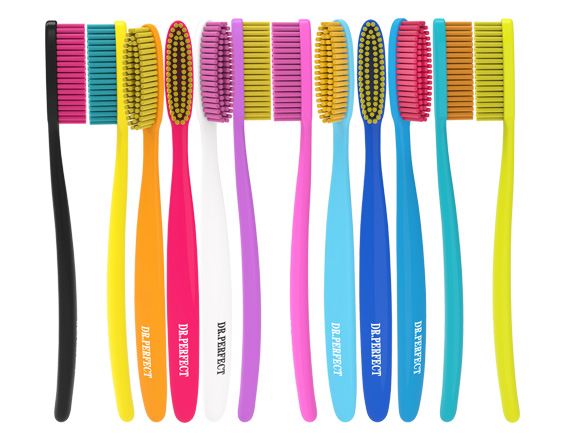 You’ll have a hard time finding a house without a toothbrush. Toothbrushes are the most commonly used dental hygiene instruments. This is available in almost every modern home nowadays.

Common household items like this are often misunderstood. The majority of toothbrush users have no idea where their toothbrushes come from. They may not even know what they’re made of or what happens to them when they’re no longer in use.

Toothbrushes may be ordinary. Its history, manufacture, and ubiquity in stores, homes, and landfills give it a unique identity. This is the article for you if you’ve ever wondered if your toothbrush is hiding something.

1. Every year, one billion toothbrushes are thrown away in the United States alone.

Toothbrushes are still a popular dental instrument. It has billions of pieces manufactured, sold, and used every year all over the world. Each year, one billion toothbrushes are consumed in the United States alone.

Toothbrushes last about three months on average. This is why dentists recommend replacing them. To get the best clean possible while avoiding bacterial redistribution, brushing your teeth is vital for your health.

Yet, toothbrushes aren’t very good for the environment. They are not recyclable. Though plastic is recyclable, nylon isn’t, so toothbrushes cannot be recycled.

They cannot be reused. So, they end up in landfills, where they can sit for thousands of years before breaking down.

2. In prison, the first mass-produced toothbrush prototype was created.

In 1770, an Englishman was imprisoned for stirring up a disturbance. He was William Addis. He became the first mass manufacturer of toothbrushes.

When he saw other inmates cleaning their teeth with rags smeared with soot or salt, he knew there had to be a better way. After a meal, he preserved an animal bone and negotiated a deal with a guard to get some bristles. Addis bundled the bristles into little bundles and bored holes in the bone in secret.

He even made a prototype toothbrush. He does so by putting the bundled bristles into the perforations and cementing them in place. He used it during the rest of his term. After his release, Addis improved his invention.

3. Toothbrushes made of nylon first appeared in 1938.

This new product was then available to the general public. This was popularized by WWII soldiers. They were given little home comforts.

But, they were forced to carry and use their toothbrushes daily by the military. In the 1940s, when toothbrushing became more common, sales of nylon toothbrushes surged.

4. A stick was the original toothbrush.

The first toothbrushes were small, frayed twigs. It has been used to scrape plaque and food debris from teeth and between them. A slight improvement came from twisting and rubbing these sticks against their teeth.

It has been their practice to clean and rub their teeth with plants, feathers, or anything else. To freshen the breath, some chew sticks are made from fragrant wood. Chew sticks come from back to Babylon, Egypt, and China.

5. The first electric toothbrush didn’t have an electric motor.

Dr. Scott, an English doctor, invented and sold the first “electric” toothbrush in 1880. It was sold as the world’s first electric toothbrush. It didn’t need or consume any power in the first place.

He had a magnetized iron-rod handle that looked like any other manual toothbrush. General Electric is a cordless and rechargeable electric toothbrush. It was introduced to the mainstream market in 1961.

This more convenient form of the electric toothbrush has gained popularity. It has new and better variants that flooded the market soon after.

6. Bamboo is making a comeback as a material for toothbrushes.

Toothbrushes have evolved over the ages from natural to artificial materials. Natural alternatives to plastics have grown in popularity. People have become more aware of the issues surrounding health, plastic, and the environment.

To protect the environment, eco-friendly materials and alternatives are becoming more popular.

7. The growth of bacteria is getting worse by covering your toothbrush.

Covering a toothbrush after cleaning can create a wet environment around the bristles. It will allow bacteria to develop faster compared to uncovered ones. Open-air drying promotes faster drying and inhibits bacterial growth.

It can also extend the life of your toothbrush. To avoid cross-contamination, keep your toothbrush apart from other toothbrushes. Allow enough airflow for efficient drying and sanitary storage.

Are electric toothbrushes recommended by doctors?

When buying an electric toothbrush, what should I look for?

He recommends a toothbrush with a circular head or a head that is less than 0.5 inches by 1 inch in size. Furthermore, the handle should be long enough for you to grip it in your hand. The bristle firmness of a toothbrush is determined by the terms “extra soft,” “soft,” “medium,” or “hard.”

Can a dentist tell which toothbrush to use?

For most dentists, a soft-bristled toothbrush is the most comfortable and safest alternative. Softer bristles are gentler on the gums, depending on how harshly you brush your teeth and gums. But, firm bristle brushes can harm the gums, root surface, and tooth enamel.

What is the composition of a contemporary toothbrush?

A plastic handle and nylon bristles make up the majority of modern toothbrushes. The modern toothbrush handle comes in a variety of shapes and sizes. It has straight, angled, and curved handles.