How did the Chinese ancients brush their teeth? 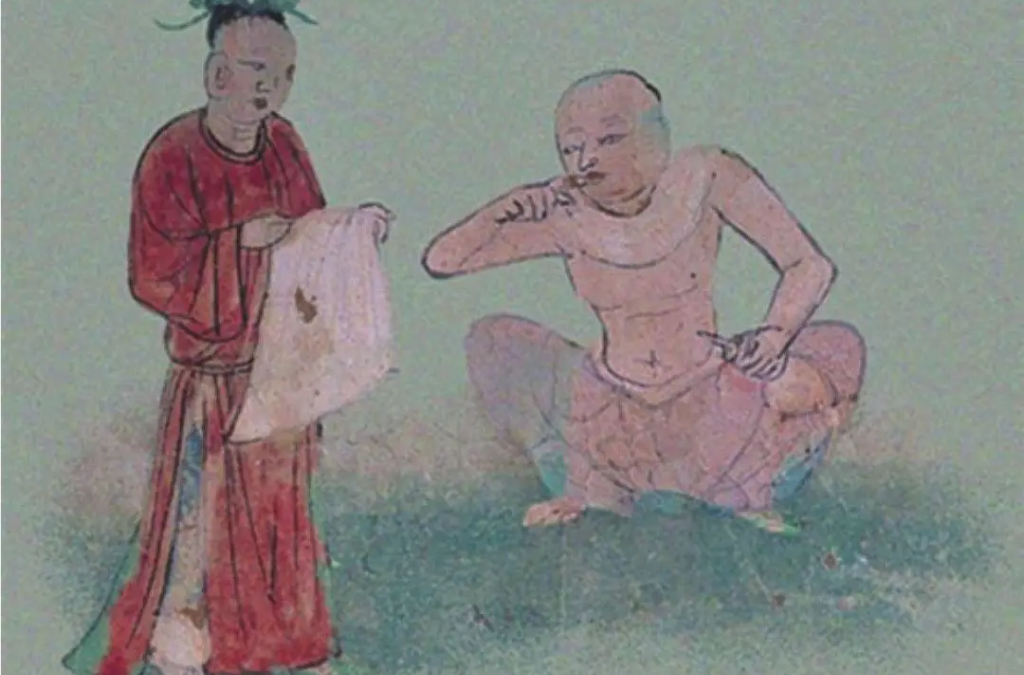 The Chinese have attached great importance to the cleanliness and beauty of their teeth since ancient times. For example: “The Book of Songs·Weifeng·Shuoren” describes beautiful women’s teeth as “teeth like the gourd seeds”, which means that their teeth are as neat and white as gourd seeds. At that time, the way people clean their teeth was not to “brush” their teeth, but to “gargle” their teeth. In the Book of Rites, Nei Ze, it is recorded: “The chicken cries in the first time and gargle their teeth with salt.” It means that at dawn and the chicken crows, it is time to wash your face and gargle. Mouthwash has always been the most important way of cleaning teeth for the ancients, and it has been used until modern times. The mouthwashes used by the ancients were also varied. The most commonly used is saltwater, not only with salt for mouthwash but also for rubbing teeth with salt. In “Dream of Red Mansions”, Jia Baoyu has the habit of rubbing his teeth with salt every morning. In addition, the ancients also used tea, wine, and alum water to rinse their mouths. It is said that alum water can effectively prevent aphthous sores. Today, it is true that alum water and olives are used for gargle to remove bad breath.

In the Sui and Tang dynasties, “brush teeth” began to appear in China. The way of brushing at that time was different from what we do today, they called it” wiping teeth”. This “wiping teeth” originated from ancient India and is related to Buddhism. According to legend, when Sakyamuni was preaching under the Bodhi tree, the disciples around him had severe bad breath. So Shakyamuni began to persuade people to pay attention to cleaning their teeth and taught his disciples how to use tree branches to brush teeth. Later, with the introduction of Buddhism to China, the “wiping teeth” also spread to China. A Tang Dynasty medical book specifically records this method of wiping teeth: Every day people bite one end of the willow branch with teeth. Dip it in a little powder and use it to brush their teeth. This method of brushing teeth is also called the “willow branch wiping method”, and the willow branches used are also called “tooth wood”. This is the earliest teeth brush tool appliance in China, and it can be described as the “toothbrush” of that era. If you don’t have willow branches, you can use other branches instead. In Cave 196 of the Dunhuang Grottoes, you can see the picture of wiping teeth with fingers.

In the Song Dynasty, a real toothbrush finally appeared in China, called “Shua Ya Zi”. A people of Song dynasty, recorded in his book, the original toothbrush bristles were made of ponytails. It was similar to the toothbrush we used today. However, the Song Dynasty was short of horses and had fewer horsetails. The cost of toothbrushes was too expensive. Therefore, the common toothbrushes on the market may not be made of horsetails, but may also be made of pig hair. When the ancients brushed their teeth, they dipped toothbrushes in a detergent, which is like modern toothpaste. There are two types of tooth cleaners: paste and powder. Its ingredients include Chinese herbal medicines and some salt may be added. The toothpaste of the ancients is purely herbal. In the Song Dynasty, a combination of toothbrushes and toothpaste was invented, called “fresh breath chips.” Use spices and medicinal materials to make a solid cleanser, fix it on the toothbrush, clean your teeth repeatedly with a toothbrush, and then rinse your mouth. This kind of tooth chip can be used repeatedly and is easy to carry.

Later, Chinese toothbrushes spread to Europe and were welcomed by the aristocracy. However, due to the high price, it is difficult for ordinary Europeans to bear. It was not until the 1830s that toothbrushes made of nylon bristles were born, and because of their low prices, they entered the homes of ordinary people.